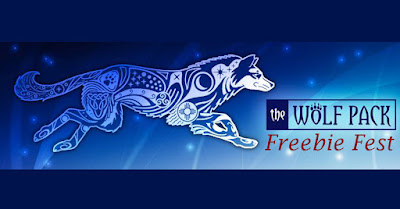 The Wolf Pack authors have put together a bunch of

REMEMBER: Check prices before you buy. They can change without notice. 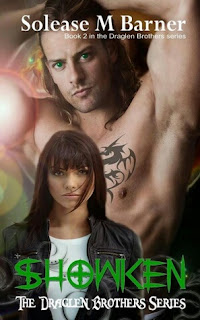 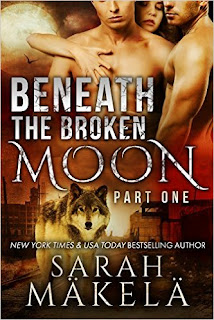 Beneath the Broken Moon: Part One
Sarah Makela 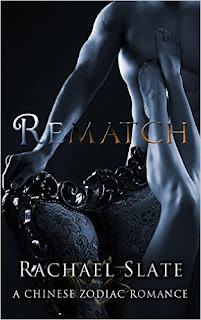 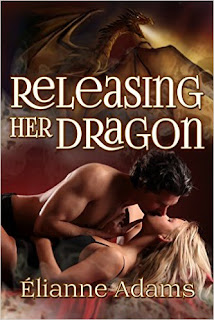 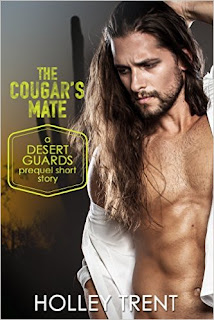 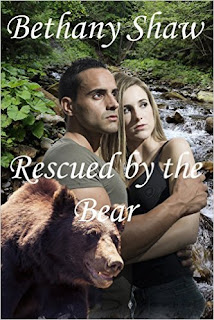 Rescued by the Bear
Bethany Shaw 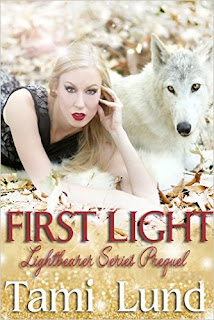 I sent more than 300 post card calendars at the beginning of January (and actually still have a few more to send out this week). Almost 2000 people requested one and I did not have anywhere near enough for everyone. I had NO idea it would be such a popular thing! I randomly chose names from the list to send them to.My thought was to do this again next year since people were so into it BUT the post cards did NOT travel well. They smeared badly and really need to be in envelopes, which raises the cost substantially...so I'm on the fence as to what I'll do for 2017.In the meantime, if you did not get a post card but wanted one, or if yours was damaged in transit...I've posted the graphic below for you to download. You can set it up as a screen saver or print it out (click the pic, save to your hard drive, insert into a Word doc and re-size as necessary and print). 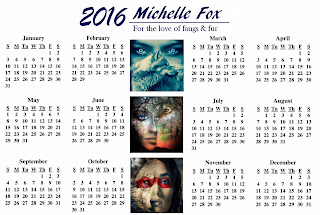 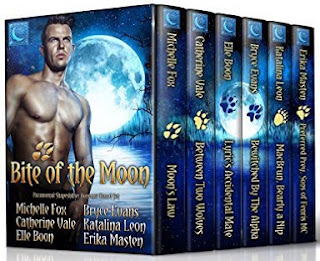 You've been bitten! Now what? Find out in this brand new boxed set! NY Times and USA Today bestselling authors come together to offer you a little bite of the moon!

Michelle Fox ~ Moon's Law  ("5 star, top pick!" Night Owl Reviews)
Once you've been bitten, there's no going back.
Catherine Vale ~ Between Two Wolves
Having your throat cut has a way of changing a girl…so does being bitten by one of your two lovers.
Elle Boon ~ Lyric's Accidental Mate
A tough as nails soldier and a bad girl on a motorcycle with a bite…when they collide, everything changes.
Katalina Leon ~ Mac Brun
Never get between a bear and his honey!

Erika Masten ~ Preferred Prey, Sons of Fenris MC
For a girl with extra curve, walking into a dive strip club that caters to the shifters of the Sons of Fenris Motorcycle Club is just like ringing a dinner bell for hungry wolves.

Bryce Evans ~ Bewitched by the Alpha
A man with a need to protect, and a woman with a desire to stand on her own...even though she's bitten.
Posted by MFox at 4:23 PM No comments: 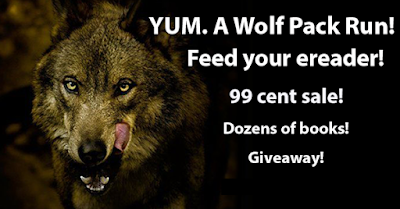 The Wolf Pack authors have put together
a bunch of 99 cent reads... just for you!


REMEMBER: Check prices before you buy. They can change without notice.