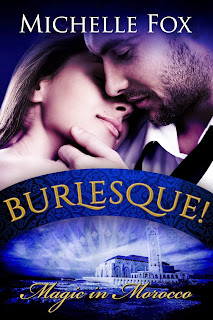 To enter the contest, please comment with the correct answer to the question:

Burlesque is derived from what Italian word? Spelling counts!

Three winners will be randomly drawn from the correct answers.

One winner will receive a $25 gift card from Amazon or BN (winner's choice).

One winner will receive a $15 gift card from Amazon or BN (winner's choice).

One winner will receive a $10 gift card from Amazon or BN (winner's choice).

Contest ends on 11/3/13 at midnight EST. Prizes will be sent out by 11/8/13. Winners must be members of the Michelle Fox mailing list. Multiple entries are not accepted and will be disqualified. PLEASE use a valid email address! You can't win if I can't reach you!
Posted by MFox at 10:22 AM 27 comments:

Who wants to go shopping and read some awesome books courtesy of a give away?

Check it out, enter and YOU could win!

Have you heard some wolves howling lately across the internet? That would be the Wolf Pack which is running RIGHT NOW. We have it ALL!

Shapeshifter romance books priced at 99 cents AND we have some AMAZING prizes.

How does an autographed picture of Joe Manganiello sound? Don't know him? He's the guy who plays Alcide on True Blood. We also have a Kindle Fire up for grabs and a ton of gift cards as well as books.

So check out the pack and enter the giveaway at the bottom of this post.

Click on a cover or scroll down to read the blurbs! Many of these books are Top 100 best sellers in the werewolf and shapeshifter category.

Keep scrolling to enter the Wolf Pack giveaway....it's aaaaall the way at the bottom of this post!

Little known fact about being a werewolf: There are always wolves at your door and some of them are up to no good.

Chloe Weiss’ dreams have finally come true: Now that her wolf has come, she can finally take her place in the pack. Even better, she’s mated to the next pack alpha, Jackson Swift. However, things are still far from perfect. The women of her pack resent her and there’s gossip that Chloe is an Omega, a werewolf so weak, they are banned from mating.

Then women start disappearing, violently kidnapped from their homes and never heard from again. There's a killer on the loose in the small town of Huntsville, and the one wolf he'd do anything to have is Chloe. Now Chloe will have to fight...for Jackson, her pack and her life.

An ARe Top 10 Bestseller!

Curvy city girl Abby Clumm wouldn't normally travel to remote cabins in Alaska alone. But thanks to a poorly timed air traffic controllers’ strike, she finds herself alone in the boonies. As night falls, a shotgun she doesn't know how to use and a flimsy wooden door are the only things standing between her and the vicious, hungry beast outside.

The scent of a woman nearby beckons research scientist Tarik Evert, sends him staggering outside into the cold. He doesn’t remember how he wound up at her door, naked and shivering. And he’s not sure what is about to happen if she lets him inside. He only knows one thing—the fierce, unrelenting hunger that brought him to her in the first place.

And that's just the beginning of their troubles...

A billionaire story unlike any other--

She watches him every day.

For two months she has spent each lunch hour studying the enigmatic man in a restaurant always filled to overflowing; yet, for two months he is there each day in a booth all to himself.

Sara thinks she is safe as she drinks in every gorgeous detail reflected in the bar's back mirror. She asks herself who he could possibly be, convinced he would never notice her...convinced that no one ever does.

She could not have been more wrong.

Chance brings them together and animal lust is unleashed. But what she never could have imagined is far from being the strangest part of this tale. For there are shadowy figures holding the strings offstage and the manipulation of Sara Renardine has only just begun.

This book also features an all new bonus story concerning several principal characters from "Her Billionaire, Her Wolf": Into the Nightlands

Thirty and single? Well, getcha butt to the Gathering!

As if hitting thirty wasn't enough, unmated Scarlet Wickham is summoned to this year's Gathering. As a woman Marked to be the mate of an Alpha pair, she's not going to find happiness anywhere other than in the arms of two Alpha werewolves. So, off she goes with her sisters in tow. 'Cause yeah, she's one of the plump Wickham triplets, and they're all being carted off to werewolf speed dating.

Keller and Madden, Ruling Alpha pair, have found their mate, and she's more than they could have ever hoped for. She's feisty with spirit to spare, and lush curves that they want to trace with their tongues. They can't wait to solidify their bond and get to know the beautiful woman who is to rule at their side. But first, there's the minor inconvenience of a challenge to the death...

When you're the Alpha Male there are certain things that are expected of you, and finding a suitable mate is at the top of the list. For Jax, a powerful and dangerous werewolf, that's not so easy because the one woman he's deeply attracted to is a girl that will never be accepted by the pack. A woman that he can't seem to get out of his head. A first for him.

Beautiful, curvy Nikki Avery hates her job at the local strip club, but she's struggling just to get by. Her dream of ever finding a decent guy worth loving shattered as night after night she stands before a crowd of drunken men, their jeers and catcalls burning a hole in her heart. To make things worse, there's a killer on the loose, stalking the dancers, waiting to attack.

But when a handsome stranger appears at the club, his dangerous, feral presence commanding attention, the sexual charge between them is so strong that she can barely breathe, Nikki finds herself swept into a world she never dreamed existed. A world where nothing is as it seems and once she enters, there is no turning back.
Amazon B&N

Julia has never been on a date in her life. She's a curvy girl with no money, no education, and no way out of the town she works in as a library assistant... until Damien shows up.

He's just like the prince charming Julia always imagined would sweep her off of her feet. There are just a few things standing in the way of true happiness: he's blind, he's dating someone, and he's WAY out of her league.

Oh, and he's a werewolf.

Curvy girl Bethany Mills can't believe her good fortune when her new neighbor turns out to be devastatingly hot. But someone that gorgeous could never fall for someone like her...could he?

A charming personality and appreciation for sappy music aren't the only things Maximilian Pearce is hiding, and just when Bethany thinks she might get her very own happily ever after, a shocking revelation forces her to make a heartbreaking choice.
Amazon

Adam has waited an eternity for his mate. After three thousand years of searching he's almost given up hope that he'll ever find her... almost convinced himself that God has forsaken him to a life of solitude.

Cassie is heartbroken. At just 23 the buxom, beautiful werewolf has found herself caught up in her mother's Machiavellian power struggles, forced into an arranged marriage with Lucius, the cruel, violent alpha of the Ironclaw tribe. When the Long Night arrives Cassie will become his property, to do with as he pleases.

Imprisoned in Lucius' summer home with Megan, a gutter-minded 400 year old teenager, and Rutherford, a senile housekeeper who can't remember where he left his trousers, Cassie has almost resigned herself to her fate.

She'd never dare go against her mother, and to reject Lucius would lead the weak Darkfangs into war with the mighty Ironclaws. Cassie knows she has no choice but to sacrifice her happiness for her tribe.

And then she picks up a scent on the breeze, and everything changes.

When I fell in love with Brandon Beck, tasted my first kiss in his arms, I believed deep in my bones that we would always be together. Nothing could ever tear us apart. And you know, I was right.

Until the flood came, I was right.

That day, I was sure I'd lost everything. Brandon Beck's body had been swept away. The one boy that was meant for me was gone. That was what I thought, anyway.

Two years later, I caught a glimpse of him. Why would the love of my life stalk me from the shadows, why would he hide away for so long? Maybe it was all in my head.

Or was it possible... that Brandon Beck had never died at all?
Amazon B&N

Leah Howard doesn't believe in werewolves, even if she dreams of shifting. Pack alpha Seth Gladwin can't understand why a human female is ringing all his mating bells.

When Seth chases Leah down in her apartment building and partially shifts in front of her, he wants nothing more than a forgetting spell placed on the plus-size beauty so he can continue investigating a secret society of Hunters intent on making the local werewolf clan extinct.

Only this time, the society's prey isn't shifters -- it's Leah.

Hannah Crane just graduated college, lives at home with her mom, and has no idea what to do with her life. One night while visiting her grandmother, she's startled by a wolf and everything changes.

In the forest investigating a recent rash of murders and missing shifters, werewolf Alpha Caleb Overstreet doesn't expect to run into a human, let alone a witch. Especially not one whose scent tells him she is his other half…or is she?

As the secrets of her ancestry are revealed, Caleb and Hannah are unable to stay away from each other and Hannah finds herself in danger. A rival pack believes her to be at the center of a curse that would enable them to control other shifters. But is Hannah the wolf charmer they believe her to be? Or is she really Caleb's fated mate? 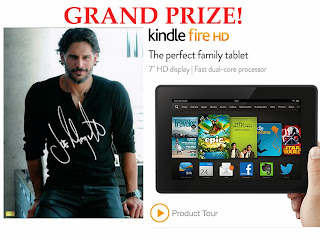 a Rafflecopter giveaway
Posted by MFox at 12:00 AM No comments: