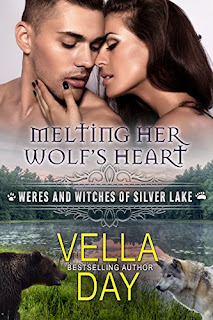 Goddess Vinea Summer wants to make amends to the sexy Devon McKinnon—the man she betrayed, but the werewolf refuses to accept her apology, damn it. When trouble finds Vinea, will Devon be willing to risk everything in a life-or-death battle for the woman he loves? 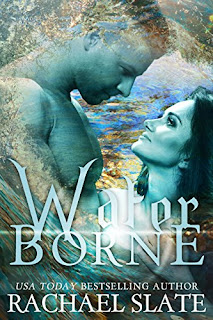 Her love plunges him into the depths of the ocean. His makes her soar... 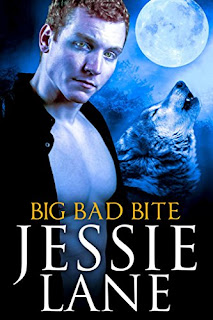 Jenna O’Conner is not human, nor is she considered the norm for the supernatural Other community. It’s important she hide her true nature from both humans and Others. Right after moving to a new city, Jenna runs into trouble in the form of a deadly, mouthwatering man named Adam McPhee. He’s an alpha werewolf determined to do two things: figure out exactly what Jenna is and have her all to himself. 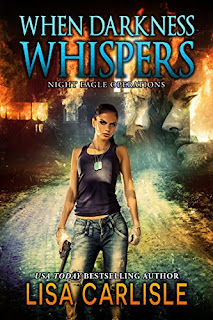 Haunted by an unclear past, biologically enhanced Marine, Eva Montreaux, can’t be distracted from her mission. With American troops being brutally murdered on the island of Okinawa, it’s critical. But when her investigation brings her face to face with Marcos Delacruz, it triggers lost memories -- that somehow include him. 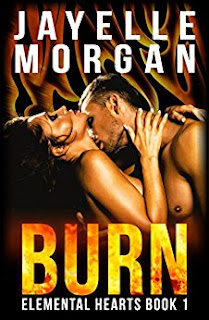 He's a Fire Elemental with a bit of a control problem. She's a fiercely independent graphic designer with a touch of Water in her blood. When fire and water come together? Steam. 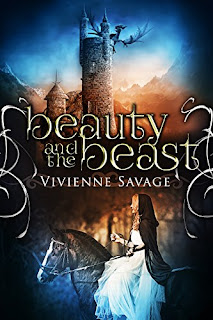 Princess Anastasia Rose dreams of attending school, but her plans are put on hold when war begins between her father and the beastly lord of a nearby castle in the mountains.

Prince Alistair isn't an ordinary dragon. He's a shifter afflicted by a curse, unable to become human again until he finds his true love. When a mortal king's adventurers trespass in Alistair's territory to steal a rare flower, the prince decides to steal a valuable prize of his own. 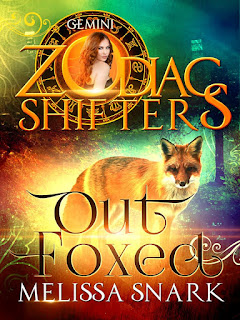 Music is his magic.Silver is a coyote-shifter with criminal tendencies and a golden voice. As the lead singer and guitarist for an indie rock band, he is devoted to his craft, however his disreputable past is about to catch up with him. He owes a god a debt, and gods always collect.She’s a real fox.When Hannah Kelly’s despicable ex-lover takes her grandmother hostage, she must turn her expertise as a security professional to burglary. With her twin sister’s help, Hannah sets out to steal a priceless Norse artifact from a notorious Russian oligarch.Two thieves. One prize. A chase so wild, the pursuer becomes the pursued.

He continued on his way. Ahead, the shadows stirred and a figure emerged from an alcove on the opposite side of the alley. Even in silhouette, her riotous mane of wild curls was unmistakable. He hitched, caught mid-stride, his entire existence tipped off kilter. A wide, stupid smile overtook him, and he lacked even the sense to assess her as a threat. He stared at her face, not at her hands which could easily shift to claws sharp enough to rip out his beating heart. Like unwitting prey, he stood there and waited while she sashayed closer. Her steps were quick and light; her smile slight and sly. She got close enough that her distinctive, alluring scent flooded his nostrils. He leaned in closer, drinking in her warmth, and grew intoxicated within a handful of heartbeats. Enchanted—falling into lust if not love, and damn it, but blind, stupid horniness wasn't like him at all. In the back of his mind, the voice of caution squeaked out a faint alert, however pheromones drowned it right out."Why did you do that?" His fox tilted back her head, gazing up at him with the brightest of emerald eyes. Her voice was husky like a lover, but vicious like an assassin."Do what?" Silver grew guarded, assuming she meant their whole brief but contentious history. Agitation ate at him. He had wronged her. He owed her an apology—and more. "Help that kid after he lied to you." She gestured toward the teenagers. "Maybe he didn't lie to me. Here you are.""Yeah, he did. He didn't see me. And..." She snorted. "Angel wings my ass.""I mentioned your ass, too." Silver flashed a quick grin, but she didn't return it. He sighed. "You didn't fall out of heaven?""Wow... Does anyone actually fall for that corny line?" Her mask slipped just a bit. Beneath her coy flirtation, his fox bristled with repressed anger. Her beautiful face set into hard lines, and her jaws clenched. 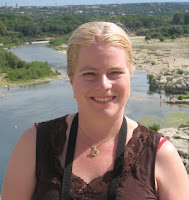 Author Melissa Snark lives in the San Francisco bay area with her husband, three children, and a glaring of litigious felines. She reads and writes fantasy and romance, and is published with The Wild Rose Press & Nordic Lights Press. She is a coffeeoholic, chocoholic, and a serious geek girl. Her Loki’s Wolves series stems from her fascination with wolves and mythology.

How About a Copy of Moon's Law? 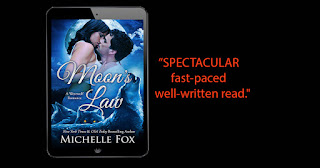 Did you read First Moon and still need a copy of the second book Moon's Law?

Are you going to buy First Moon while it's 99c this week and would love to get book 2 for Free?

https://docs.google.com/document/d/1-r82NYuvzmLX_FMUWYtZ7NRI96y4GOOPKFGOQ1i8yWw/edit?usp=sharing
Posted by MFox at 8:17 AM No comments:

New Zodiac Shifters Book is only 99¢! Marked by Love 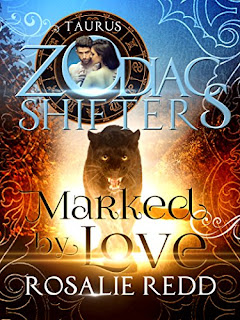 “You drive me insane,” he hissed.

Before she could respond, Aramond pulled her to him, his lips claiming hers. The intensity in his kiss sent her into a spiral of need so raw, she couldn’t stop herself. She pressed against him, meeting his tongue stroke for stroke. Unwilling to let him go for even a moment, she tugged at the edge of his shirt. He didn’t seem to need any further encouragement.

Aramond broke their kiss long enough to strip the white T-shirt from his chest. The briefest hint of daylight filtered under the heavy curtains covering the windows, but it was enough for her catlike vision to pick out his broad and rippled chest. His unblemished skin, healed from his fight, took her breath away. She ran her hands over him, enjoying the strength beneath the soft skin.

A purr of pure admiration rumbled in her chest.

He fumbled with the buttons on her shirt, but his large fingers were too big to handle the small fasteners. His brow furrowed as he concentrated, frustration etched in his dark eyes.

Danae couldn’t bear to see him look that way, so she helped him, as eager as him to rid herself of the confining garment. She wiggled out of the shirt, and his eyes widened at her blue and yellow floral bra.

He toyed with the straps and his finger grazed along the edge of the cup, the rough calluses on his fingers teasing her skin. Her nipples peaked, her anticipation growing. He didn’t make her wait long. With a glimmer of pure reverence in his eyes, he trailed one finger under her cup and over her taut nub. A moan eased from her throat, and she gripped his biceps. The muscles tightened under her palms, hard and firm.

“I like your choice of undergarments. Floral is nice, but it has to go.” His teasing words were rough, deep.

A part of her melted for him, right then and there, breaking through a piece of her wall. He reached behind her and unhooked her bra. Tenderly, he slid the straps down her arms until the garment slipped to the floor. He stepped back and her chest ached at the loss of contact.

A breeze from the open window fluttered the curtains, the sound gentle like a moth’s wings, matching the tremble in her heart.

With deliberate intent, he perused her, studying her with his full attention. An appreciative smile curled his lip. “Danae…you are so beautiful.”

Her heart broke open at his declaration, and she ran her finger over his bicep and down his arm. “I can’t tell you how many times I…” …fantasized about you. She couldn’t bring herself to say the last few words. Her jaw tightened. He couldn’t love her, not really, and she couldn’t give herself to him completely.
Posted by Ronda at 7:49 AM 4 comments: 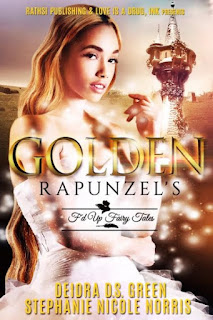 Queen Isabella appreciated her swollen belly. In just a few days she would be gifting King Eldridge something they both had been waiting for -- a child. But the queen was not the only one anticipating the child’s arrival. Sorceress Aurelia, Queen Isabella’s blood sister, waited with baited breath as well, to give the child the best gift of all… a curse. 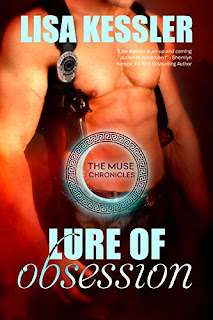 
Melanie Jacoby teaches English at Crystal City High School. She's also the reborn Muse of Tragic Poetry, but she isn't prepared for the tragedy of finding her roommate dead at the bottom of the stairs. Nate Malone is the detective assigned to the case, but as the evidence points to an accidental fall, the visions begin. He sees a killer in a gold Kronos mask. Mel is the next target. But tragedy isn't part of Nate's plan... 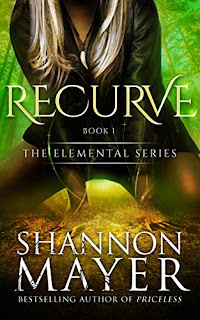 My name is Larkspur, and I am an Elemental. My people use the power of the earth to sustain life and defy our enemies. I should be at my father’s side as a royal princess, but as a half-breed, bastard child, who has no power of her own, my life is on the line. 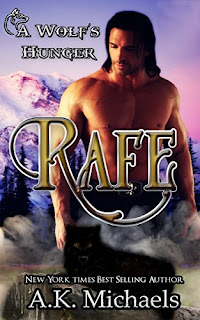 FR*EE
IMPORTANT NOTE: Due to a glitch, this will not be free until Friday and Saturday. Thanks to the readers who spotted it and let us know.

This isn’t about the Hunger, Rogues, or Magic… it’s more than that… it’s Rafe’s Destiny. 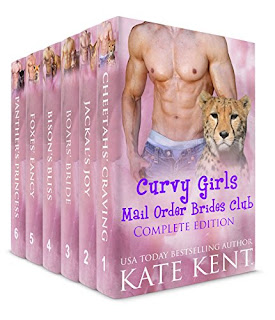