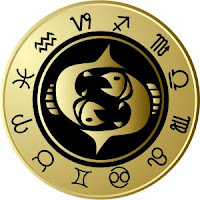 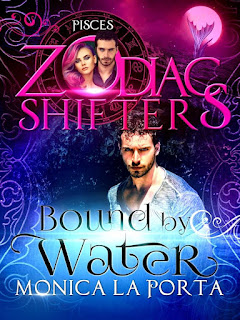 The only merman shifter alive, Atreides is a famous painter, rich, and sophisticated. In his spare time, he helps the police recover stolen art.

A mere human—although exceedingly strong-willed—Ariel is an accomplished art thief who has sworn never to steal again. Until she’s forced to repay her father’s substantial debts, and the only way out is robbing an Etruscan artifact.

One night, they meet. He isn’t looking for a soulmate, and she doesn’t have time for a relationship. Yet, it only takes one passionate kiss under the full moon to intertwine their fates. Unfortunately, there’s a werewolf biker gang on their heels, and they won’t leave Atreides and Ariel alone.

Will love triumph over a bunch of enraged shifters?

Excerpt 1 PG (please choose 1 and delete the other)

Closing his eyes, Atreides felt the Tide calling him back into the warm waters of the Mediterranean Sea.

He stood and walked toward the water’s edge. The sole of his leather shoes skidded on the slick pebbles of the beach. Atreides inhaled the salty sprays, filling his lungs with the familiar scent that sent him back in time. When he was a child, he used to swim with the dolphins populating the coast. Pollution and global warming had changed the marine landscape, robbing the wild seabed of its rich ecosystem, but its beauty was still undeniable.

Atreides kicked one shoe off, then the other. His naked feet touched the smooth rocks that composed the bed of the beach. Foamy water lapped at his skin. One brief glance around confirmed him he was alone.

At three o’clock in the morning, no other swimmer had made his way down the path that hugged the medieval castle of Santa Marinella. It was a fortuitous coincidence Atreides had every intention to exploit. Tourists had fled the heat of Rome and took refuge in the city, but the ones who weren’t sleeping were dancing the night away. That worked just fine. Atreides felt he was too old to gyrate at the rhythm of music resembling industrial noise and had lost any familiarity with the lyrical sonatas it had stemmed from.

His suit trousers followed the way of the shoes, discarded on the rocky shore, alongside his button-down shirt, his silk tie, and suit jacket. Finally naked, Atreides raised his head and looked at the Moon. His skin tingled in anticipation as he waded into the water. Pleasure akin to sexual relief engulfed him when a solitary wave covered his loins in a liquid embrace. Salty and cold, the water reached his chest, and a soft moan escaped his lips. His latest couplings hadn’t evoked such bliss.

The pull from the Tide was impossible to ignore.

Although Atreides believed in denying pleasure to sharpen the senses, he couldn’t postpone his shifting any longer. Under the blanket of the dark waters, his legs were already changing, leaving behind his human effigies for a more elegant shape. An iridescent tail formed where his feet had been a moment earlier. Atreides waited for the protective film to cover his eyes and for the gills to open on his throat, then slowly submerged his head under the surface and gulped a mouthful of water. Mediterranean saltiness replaced the air in his lungs. A set of fins protruded from both sides of his torso. The change was almost complete. He commanded his tail to push against the incoming wave, his head bobbing above the surface as he gave one last look at the marina.

The sound of steps started Atreides, forcing him to turn and face the dark walls of the castle.
“Who’s there?” he called, forcing his tail down into the water.

Excerpt 2 - Spicy (please choose one and delete the other)

His heart pounding, and his senses on high alert, Atreides took her in his arms and kissed her soundly. With a soft sigh, her mouth opened to him as his hands stroked her back, pressing her trembling body to his. He then pushed her against the green wall, his caresses becoming frantic. His fingers inched under the hem of her shirt, pulling the fabric out, freeing her skin to his touch. Like a fever, his desire grew and swelled, leaving him finally breathless.

She moaned when his hands skimmed the side of her breast. The lace of her bra was a barrier he didn’t care for, and his finger hooked underneath the elastic, moving it over the swell of her breast. Her softness filled his hand, and it made him groan in her mouth. He played with her nipple and was rewarded by her short gasp when he pinched the taut nub. His other hand followed a path down her navel, then slipped inside her jeans, brushing her over her panties. She pushed against his hand, and that was all the invitation he needed to lower the fabric and search for the warmth of her core. Ariel was ready for him, and he let his finger hover over her folds before pushing inside her. Her cry of pleasure sent him into a frenzy, and Atreides had to fight the need to tear her clothes apart. His throbbing hardness demanded relief, and he was losing control fast.

Leaning away, Ariel looked at him from under hooded lids, her lips red and swollen, and he couldn’t help but imagine her naked, bared to his sight. Her hand left the nape of his neck and skimmed his shirt, caressing his chest, then following the ridges of his pectorals, she traced patterns with her fingers. Finally, she hooked her hand under his belt, fingers reaching for the hair dusting his lower abdomen.

Her lips curved into a smile when she found no boxers underneath the jeans as if she had expected as much from him. Upon contact, Atreides thrust into her hand that felt like a glove around him, caressing him in time with his grunts, and he caressed her in return. As a second finger joined the first, she grew wetter, and her small cries and moans filled his ears, robbing him of his ability to reason.

They pleasured each other, in a tangle of hands, mouths, bodies dancing to a rhythm only they could hear. Their tongues clashed, and their kisses grew wild. Their touches became unrestrained as their pleasure mounted, rising until only the crescendo building deep inside them existed.

Ariel shattered first, and Atreides cried her name a heartbeat later. Spent, he moved his lips over hers in a more sedated kiss, feeling the need to cuddle her. 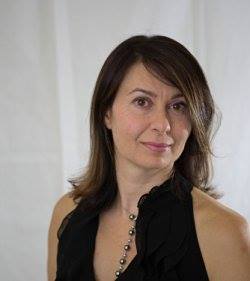 Monica La Porta landed in Seattle several years ago. Despite popular feelings about the Northwest weather, she finds the mist and the rain the perfect conditions to write. Being a strong advocate of universal acceptance and against violence in any form and shape, she is also glad to have landed precisely in Washington State. She writes love stories in every shade of romance, from futuristic to paranormal, fantasy, and even contemporary, depending on her mood.